Lantis is a Professor of Political Science and Chair of the Global and International Studies Program at The College of Wooster. A prolific author, Lantis has published fifteen books and dozens of research articles on foreign policy analysis, nuclear non-proliferation, and critical constructivism. He is also internationally recognized for his commitment to active teaching and learning.

Lantis has also been recognized for his work on pedagogy and active teaching and learning. He is the 2020 recipient of the Distinguished Teacher-Scholar Award from the Active Learning in International Affairs (ALIAS) Section of the International Studies Association (ISA). He is the Chair of the ISA’s Innovative Pedagogy Conference initiative and has designed and led a series of conferences linked to ISA regional meetings. He is also the 2010 co-recipient of the ISA Deborah Gerner Innovative Teaching in International Studies Award (with Kent Kille and Matthew Krain). Lantis teaches courses including United States Foreign Policy, International Security, Comparative Foreign Policy, War and Peace on Film, Introduction to International Relations, and a seminar on technology, politics, and society.

Lantis received his Ph.D. in Political Science from The Ohio State University. 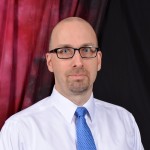