Lantis has extensive field research experience in international politics, and he regularly employs elite interviews to develop original case studies of foreign and security policy decision-making processes. In 2007, Lantis served as a J. William Fulbright Senior Fell0w for research in Australia, where he was a Visiting Scholar in the Department of International Relations at the Research School of Pacific and Asian Studies at The Australian National University in Canberra and the School of Social Sciences and International Studies at the University of New South Wales in Sydney. Lantis has also served as a Visiting Scholar in the Institute for Security and Conflict Studies at the Elliott School of International Affairs, George Washington University; at the Norman Paterson School of International Affairs at Carleton University, in Ottawa, Canada; and in the German Council on Foreign Relations. 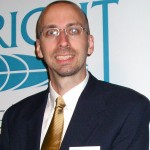 Congressional Foreign Policy Entrepreneurship:  This research explores the power of junior congressional entrepreneurs to influence U.S. foreign policy. The project employs a mixed-methods approach, including structured, focused case studies of innovation and obstruction in contemporary U.S. foreign policy debates. Results of this study were published in a recent book with the University of Michigan Press, as well as planned academic journal articles over the next three years.

U.S. Political Polarization, Factionalism, and Foreign Policy:  This research program explores the impact and influence of ideological factions such as the House Freedom Caucus and the Progressives on various aspects of the U.S. foreign policy-making process. I have presented conference papers and have articles in development that examine how the rise of a new generation in Congress and active factions have impacted key areas of U.S. foreign policy-making. In collaboration with Dr. Patrick Homan, we are advancing a new book, conference papers, and articles on factionalism on foreign policy.